How to Ensure Youth Sports Tryouts are Fair

Posted by Chris Knutson on September 20, 2017 | Featured | No Comments

“You were better than her.”

“You clearly should have made it over him.”

Those are just some comments coaches and directors might hear from grumbling parents and players after youth sports tryouts results are announced.

Cutting kids from a team isn’t fun for anyone, including the coaches. Unfortunately, it’s often a reality with limited space on youth sports teams.

To help coaches and youth sports directors make the process easier for themselves, parents and players, here are some tactics that can be used during tryouts to make sure the player evaluations are as fair as possible.

Provide evaluation criteria and key skills ahead of tryouts

Provide a clear and detailed list ahead of tryouts to describe how evaluations will be conducted, what candidates can expect, and what skills will be evaluated. This gives all players an equal opportunity to train and practice specific skills, and players can mentally prepare for the format of the sessions.

Communicate with parents and players before tryouts

Address parents and players prior to the evaluation sessions to make expectations clear. This gives the coaches and directors an opportunity to tell parents and participants how many players will make the team, any rules or information players need to know, and how results will be communicated. This also gives coaches and directors a chance to remind parents if tryout sessions are open or closed to spectators.

Use numbers – not names – to evaluate players

To ensure players are being scored appropriately and evaluators aren’t giving favoritism to any athlete, score sheets can be set up to identify players by an assigned number instead of their name. The Forest Lake Hockey Association in Minnesota, which uses evaluation software through TeamGenius, uses this tactic and has seen it benefit not only the evaluation process, but also the post-tryout meetings with parents and players.

“Since the software doesn’t list names, only tryout numbers, we can show all of the scores to parents, and show them where their child ranked. We have only had positive reactions after these meetings because they truly see everything and know that we weren’t hiding anything,” said Ryan Wuotila, President of the Forest Lake Hockey Association.

Bring in outside evaluators

When selecting candidates to evaluate players during tryouts, try to find evaluators from outside of the organization. Having evaluators who don’t know the players or their families can help ensure each player is being scored fairly. 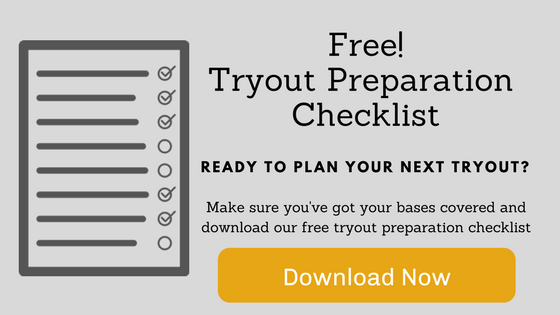 While paper evaluation forms have been used for years by most organizations, athlete evaluation software has many benefits and can add safety nets to ensure players are scored fairly.

For one, software eliminates the risk of miscalculations and human error.

“After the hour (tryout) session, we would take the score sheets and manually enter the scores into Excel, where we could sort by highest score. A lot of manual entry and a lot of room for error,” Wuotila said of his organization’s old process, before switching to evaluation software.

Now the organization can use the software to access real-time results and player scores.

Evaluation software also allows organizations to limit who has access to change or enter tryout scores. The software can be set up so only evaluators can alter player scores, eliminating the risk of entries being changed by anyone else in the organization.

“We do not allow any spectators in the arena during tryouts, so parents used to always have this idea that we were basically picking whatever teams we wanted,” Wuotila said. “Now we use the software to send out emails to each player’s family with data for each session to show their player’s score, the top score of their peers, the average score of their peers and the lowest score. Parents have absolutely loved this. They finally get some data that shows where their player excelled or what they may need to work on.”

Include a variety of drills

When determining how tryouts will be run, include a variety of drills that will showcase a broad range of skills in various formats. While some players excel at drills, others might shine in game-like situations, such as scrimmages. Including a variety of tests will help each player be evaluated fairly, and will also help coaches see how players might differ between practice and game scenarios.

Try to interact with all kids at tryouts

During tryouts, players are likely to notice – and over-analyze – everything they think might give themselves or another player an edge. When interacting with athletes, be sure to interact with each player equally. This will help players feel the outcomes are fair, and favoritism wasn’t given to players who coaches or directors previously knew.

Using these tactics can help coaches and directors justify their team selections, and can provide evidence and information to share with parents to show why their child didn’t make the top team. 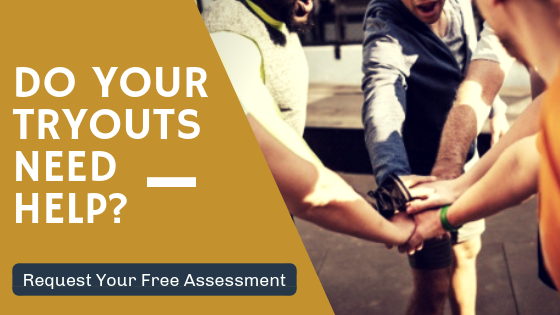